A meme is typically a humorous idea, which may be in the text, video or graphic form and is spread virally by internet users over social media.  Memes have become a common trend in the Internet world. They are usually made after funny statements, dual meaning words, or even basic human behavior. 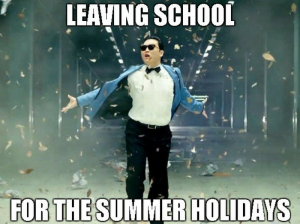 The GANGNAM STYLE video took over the internet in July 2012 and spread like wildfire across the globe. It made record-breaking viewer records with an average of nine million views per day after the first two months of its release. Thousands of people made parodies and remade the video, from football players to online celebrities. Everyone was swept away with the popularity of the ‘Gangnam’ dancing and song. 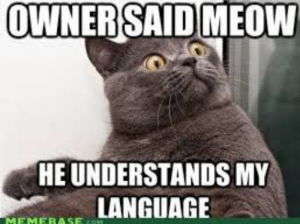 Lolcats memes are another classic example of humorous memes spread across the internet especially for cat lovers. Typically, this kind of memes involves cat pictures with different captions or text written over them. 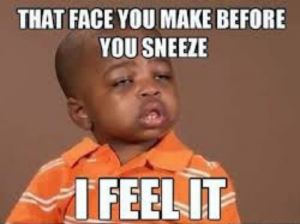 FLU MEMES are considered as social memes since they attribute to the prevention, cure, and even spread of flu virus. If you’re sick with the flu and you are feeling low, these may help cheer you up! =) 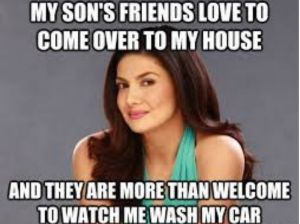 Nobody ever said that being a mom is easy. Yet until you actually become one yourself, it’s hard to fully appreciate the emotional rollercoaster that it can be. As well as the joys of creating and nurturing a tiny human being and watching their personality blossom.  There are the inevitable stresses that come along with it. Mom memes were created for comedic relief of these duties.

A good example for these memes would be the Willy Wonka memes. When a person is trying to act overly smart, telling you the version of the story you already know, while thinking too highly of themselves, this meme applies to them perfectly!

Social Media is mainly used for memes.  Most of the memes target the interests and minds of the young generation, making it more prone to become viral, quickly as possible. Nevertheless, it is also noted that since the popularity of memes has become the new trend in today’s society, many people from the senior demographic are also seen sharing and attributing to the spread of memes.

Different varieties of memes target a different audience.  For example, mom memes or parenting memes are most popular in women groups and forums. While memes with sports, news, or political content are most popular amongst men

The word Meme was first introduced by the writer Richard Dawkins in 1976, in his novel The Selfish Gene. Here, this word was used to express ideas or thoughts that spread across people rapidly.

He related the ideas and thoughts to the human genomes DNA and stated that just like genes travel from person to person, generation to generation, similar ideas, expressions, and thoughts are transmitted from one person to the other and he termed this as memes.

Although it is estimated that these funny memes will massively continue to take the lead, as users become more intellectual with time, it can be reckoned that memes may evolve to have deeper meanings and message to them.

While there is too much pressure build up all around us in the highly challenging lives of today, we often don’t get time to de-stress ourselves day to day. These simple memes with humorous and sometimes deep messages in them bring smiles to our faces.  As every amenity has its pros and cons, let’s hope that these memes always help bring positivity rather than hatred and anger in our communities.  After all, a little bit of humor and a little sarcasm doesn’t hurt anyone!