As we all know the Batwoman trailer came out a couple weeks ago. (Here’s a link if you haven’t seen it yet: Batwoman Trailer) If you haven’t noticed already, the trailer has over 330,000 dislikes (and counting) on YouTube. Why might this be? How will this affect the meme potential of the movie? Will DC recover? These are all questions we’re going to do our best to answer!

Why Was the Trailer so Disliked?

If you’ve seen the trailer you may have an idea of why it has received so much hate. At a glance you can tell the acting is somewhat mediocre, the writing seems a bit lazy, and many of the lead characters seem to be two dimensional. Apart from those, one of the bigger reasons is the extremely hard push for the main theme of the movie to be female empowerment. Now, obviously a push for female empowerment is in no way a bad thing, the problem with it is the execution.

A push for female empowerment should be so much more natural and less forced. There have been a number of movies that have succeeded at this. For example, Guardians of the Galaxy introduced two incredible female leads to the Marvel universe, Gamora and Nebula. These two were introduced flawlessly, they were super cool/powerful characters with a ton of depth. They fit perfectly into the world Marvel had created, their reasoning for existing made perfect sense. This is how female empowerment in movies ought to be. Naturally incorporating strong female roles is so much better than throwing a ton of female actresses into a movie without ever really explaining why or how they got there. If we look back at the Batwoman trailer, you see that instead of focusing on the canon lore behind a character, they put a huge amount of focus on making sure you know that the women in the movie are female. There are a ton of unnatural lines just in the trailer that make you questions whether or not this movie was made for DC comic fans or for equal rights groups.

Don’t get us wrong, we are 100% for equal rights and female empowerment! It’s just that when executed in such a forced fashion it can actually be a turn-off to other well-executed empowerment movements, and we don’t want anyone jumping ship!

Will DC recover? DC already doesn’t have the best track-record when it comes to their movies. Some people hate them, some people love them. Overall it seems to be very split. This is in no way the end of DC though. They may just release the movie as they planned, take the hate, and move on. Another option would be to take the community’s feedback into consideration and revise a few things just as Sony did with the Sonic movie. 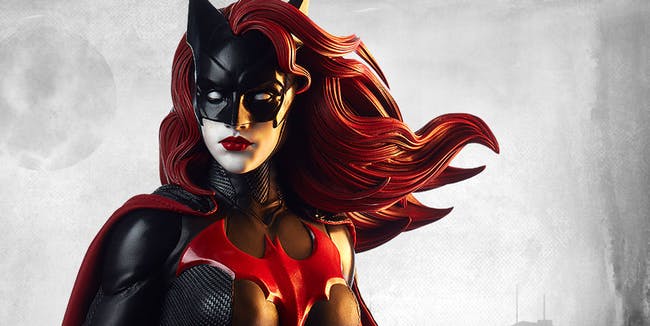 Surprisingly enough, there hasn’t been much on an influx in Batwoman memes. This may just be due to the lack of content available for meme templates to start being created, but could it also mean the movie isn’t very meme-able? Thinking back to Avengers: Endgame and Avengers: Infinity War, very few memes came from the trailers. As soon as the movies came out new memes/meme templates started popping up everywhere. Instagram, Reddit, Facebook, Twitter, you name it. So will this movie be meme-able? We’re going to say yes. We just need to give it more time. By the time more trailers come out there will definitely be a few Batwoman memes starting to spread, and once the movie is out they’ll be everywhere. It size up too well against the last two avengers movies, but it has the potential to hold it’s own.

If you’re interested in Batwoman memes make sure to be around when the movie comes out. Social media goes through memes faster than ever before now a days so you don’t wanna miss em! If you want to stay up-to-date with all the new memes check out our Instagram page @meta.meme and if you want to stay up to date with all the new meme templates download our app Meta Meme!